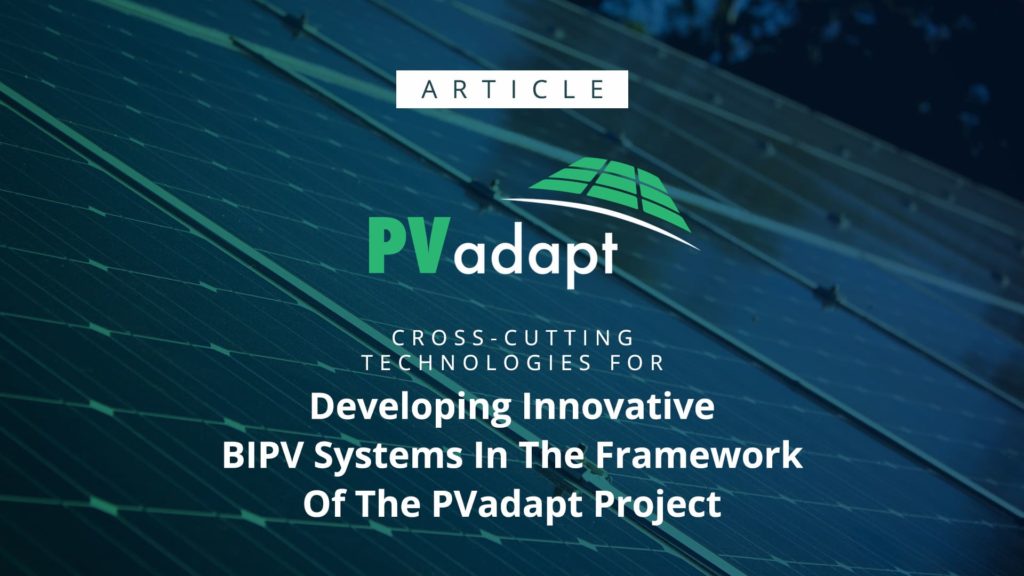 Trends in the total population worldwide show a decline in the share of population living in rural areas of the total population, while towns and cities experience a smooth and constant increase. In Europe, the level of urbanization is expected to increase to approximately 83.7% by 2050. While being responsible for a high level of energy consumption and, therefore, generating about 70% of global GHG emissions, cities are also particularly vulnerable to the impacts of climate change. Thus, it is difficult to envision a sustainable future without transforming the urban environment by applying powerful renewable energy technologies. A new and promising way is to integrate solar technologies in the constructed environment (e.g., buildings), as solar energy is the most abundant energy source in both direct and indirect forms in comparison to all the other renewable sources.

Building integration of photovoltaics replaces traditional elements (windows, cladding, roofs, or accessories) with a functional component able to generate energy. When active heat recovery is combined with building-integrated photovoltaic (BIPV) systems, either in a closed loop (like PV-T with liquid loop) or in an open loop with forced air, they are designated as “building-integrated photovoltaic–thermal” (BIPVT) systems. As a market, the BIPV sector is expected to keep growing from a 3 billion euro market in 2015 to 26 billion by 2022, bringing 20 years of R&D into fruition [2]. However, while market growth of BIPVs might inspire confidence for the future, this market share will only be 7% of the total PV market by 2020, as opposed to the current share of 3%. Combining functional building elements with solar energy technologies leads to the BIPV market comprising a wide array of products with corresponding variations in price range: integrated roof systems are priced between 200 and 600 €/m2, whereas tiles cost between 350 and 500 €/m2. A baseline assumption shows that the consumer will invest between 5.02 and 5.72 €/W on roof-based systems. For façade systems, the situation is similar with options available from 100 to 150 €/m2 but featuring low efficiency thin-film PV technology to high end sophisticated BIPV systems at 750 €/m2.

Despite the promising outlook for the BIPV sector, there are still barriers regarding prefabrication, modularity, smartness, and recyclability, impeding widespread adoption. In Europe, the ageing building stock and low rate of new construction have led to initiatives to increase the rate of refurbishment by 1.5% to 3%. The current low rate of refurbishment adversely affects BIPV adoption, since the largest contributor to the market is rooftop systems, and roofs are usually replaced as part of deep refurbishment.

Taking into account the gap in the current market for modular and prefabricated BIPV, especially in the area of PV cooling and heat recovery, the main objective of the PVadapt H2020 project is to develop a BIPVT turn-key system with an exceptionally high level of modularity, applicability, sustainability, and cost efficiency. The overall concept aspires to deliver the following to the market: (i) deep refurbishment BIPVT modules designed for wall and roof replacement, (ii) shallow refurbishment BIPVT systems for replacing or adding building accessories (e.g. shaders and parapets), and (iii) new construction systems designed for residential or commercial applications as well as auxiliary buildings. Moreover, PVadapt will implement a circularity approach to the life cycle for all components and materials applied, following the principles of sustainable construction. Until now, six articles have been published in international journals and proceedings of international conferences to present the outcome of PVadapt as well as its contribution to BIPV market.

We Deploy Exellence Together

Merit Consulting House Group of companies is a contemporary consulting firm providing turn-key solutions to its clients. ​We are committed to deliver the highest quality services and specializes in identifying and managing client’s critical requirements.