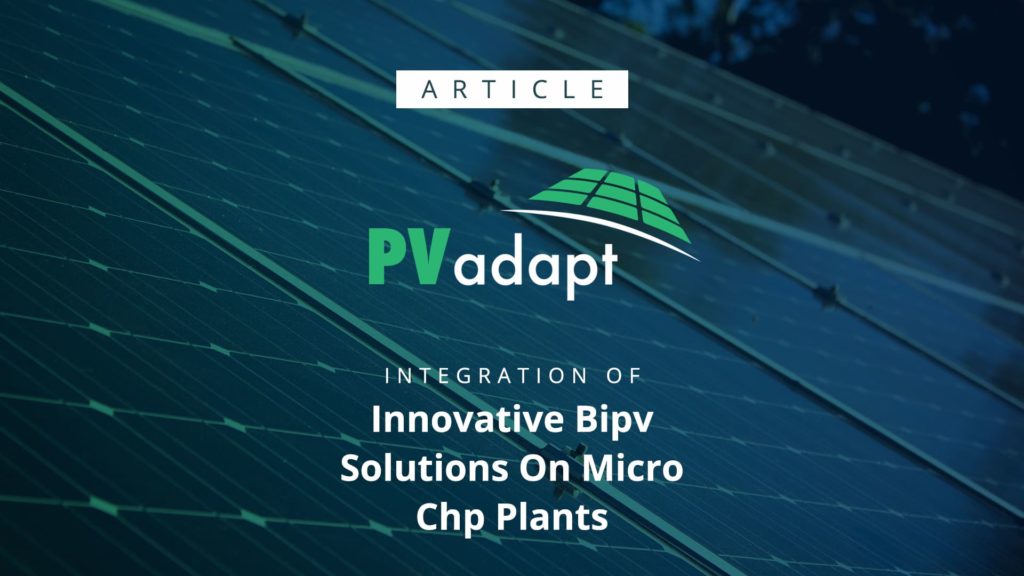 In the last two decades, the energy consumption has been increased by approximately 58% (Enerdata, 2018). Both residential and commercial sectors are responsible for the consumption of 40% of U.S. and Europe total energy. Moreover, buildings are responsible for 36% of GHG emissions (E.C. 2016). For a more sustainable future, due to global warming and the exhaustion of fossil resources, research is conducted in order to create energy production systems more efficient and environmentally friendly (J. Twidell and T. Weir 2015). Today 55% of the world’s population lives in urban areas, a proportion that is expected to increase to almost 70% by 2050 (Kiss et al. 2015).

It is more than obvious that a sustainable future cannot be achieved without transforming the urban environment by applying powerful energy production technologies based on renewables. Currently, more that 18% of the global energy consumption is delivered from renewable energy sources. To that end, modern BIPV and BIPV/T technologies consist the core for urban sustainability. Photovoltaic solar thermal hybrid system considered as CHP systems since they produce both electricity and heat from one energy source (solar) (Kolanowski 2011). A distributed generation using renewable energy can be a solution in order to reduce greenhouse gas emissions and to increase the supply security (Pepermans et al. 2005).

One of the main challenges is the development of solutions able to induce reduction of total energy consumption and to achieve the greatest possible integration of renewable energy systems into the building envelope. The use of renewable energy sources as part of the building envelope could potentially provide a promising solution, transforming buildings from “energy consumers” to “energy producers”. For the PV technology in particular, the introduction of a PV panel that is not just the mean for producing energy but also a building element with enhanced properties, can become a smart, multifunctional and cost effective solution not only for new constructions but also for the retrofitting of old, even traditional buildings.

In this aspect, The “Construct PV” FP7 European research project aspired to confront all the technical and architectural barriers of PV technology with a holistic approach of Building Integrated Photovoltaics (BIPV), by installing PVs for energy harvesting in the opaque surfaces of a building. The developed PV module introduces modern wire bonding and heterojunction technologies that lead to increase in active area and minimization of shading losses. As a result, the new PV panels achieve a higher efficiency of up to 7% when comparing with conventional solar panels (Peppas et al., 2017). For the evaluation of the new PV panel, a rooftop demo grid-connected BIPV system of 15 KWp has been installed in the roof of the building that hosts the School of Mining and Metallurgical Engineering of NTUA at Zografou Campus in Athens, Greece. The performance evaluation of the new PV modules has been done according to IEC 61724 Standard. Based on the results, it is more that evident that cell temperature significantly affects performance and the overall conversion efficiency of PV panels. More specifically, during summer, the cell temperature reached a maximum of 78oC leading to a performance degradation of up to 15% (Peppas et al., 2018).

Thus, PV cell cooling techniques will not only increase PV’s efficiency but also will exploit the thermal content that is generated. On this direction, solar-thermal collectors can be combined with photovoltaic (PV) modules to produce hybrid PV-thermal (PV-T) collectors. These can deliver both heat and electricity simultaneously from the same installed area and at a higher overall efficiency compared to individual solar-thermal and PV panels installed separately. Hybrid PV-T technology provides a particularly promising solution when roof space is limited or when heat and electricity are required at the same time.

We Deploy Exellence Together

Merit Consulting House Group of companies is a contemporary consulting firm providing turn-key solutions to its clients. ​We are committed to deliver the highest quality services and specializes in identifying and managing client’s critical requirements.